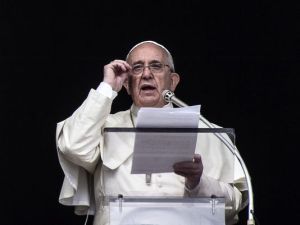 Pope Francis on Creation and Evolution

I was reading a USA Today article covering some statements of Pope Francis during his address to the plenary assembly of the Pontifical Academy of Sciences. This particular quote from Pope Francies (which was also called out in the article) specifically caught my attention:

“God is not a divine being or a magician, but the Creator who brought everything to life,” the pope said. “Evolution in nature is not inconsistent with the notion of creation, because evolution requires the creation of beings that evolve.”

Pope Francis had indicated that the Big Bang theory was not inherently inconsistent with intelligent design. I take no issue with this particular part of his address. I do, however, take issue with his indication that evolution is also consistent with a biblical understanding of creation. There are Christians in the world that attempt to reconcile evolutionary theory with creationist views. This is referred to as “Theistic Evolution”. The following are some thoughts on theistic evolution, and how that view stacks up against the biblical account of creation.

Christianity and Science – A Match Made in Heaven

Some may take issue with the following statement: Christianity and science are not mutually exclusive. While this statement is true, one should not take the statement to mean that Christianity accepts all scientific theories of evolution. For example, the Big Bang Theory does not inherently conflict with Christian intelligent design beliefs; however, some portions of theoretical evolution do, in fact, conflict with the Christian view of creation. Keep in mind this particular post will not focus on whether or not evolution is true, rather I will focus on the question of whether or not “theistic evolution” is contrary or not.

The book of Genesis provides the creation account from a biblical perspective. What we know, biblically speaking, is: God created man and woman (Genesis 1:26-27; Genesis 2:7, 21-22). God gave humans free will. We know this as God instructed Adam not to the fruit of the tree of the knowledge of good and evil (Genesis 2:17):

but of the tree of the knowledge of good and evil you shall not eat, for in the day that you eat of it you shall surely die

We know that Adam and Eve had an understanding of the concept of death, as Eve expresses her concern in Genesis 3:2-3:

While Eve does not specifically call out the idea that she is concerned with a physical death, her words are quite suggestive of a physical death. As a new creation in direct communication with God it seems unlikely Eve would be referring to a spiritual death. Once Adam and Eve have eaten of the fruit of the tree of knowledge of good and evil the Lord doles out their punishment. Of specific interest is what the Lord says to Adam in Genesis 3:19.

By the sweat of your face you shall eat bread, till you return to the ground, for out of it you were taken; for you are dust, and to dust you shall return.

22 Then the Lord God said, “Behold, the man has become like one of us in knowing good and evil. Now, lest he reach out his hand and take also of the tree of life and eat, and live forever—”23 therefore the Lord God sent him out from the garden of Eden to work the ground from which he was taken. 24 He drove out the man, and at the east of the garden of Eden he placed the cherubim and a flaming sword that turned every way to guard the way to the tree of life.

It appears from the above passage that the tree of life is what would prevent the physical death of Adam and Eve; however, as punishment for their disobedience Adam and Eve would no longer be allowed access to the tree. Thus, physical human death is a product of original sin.

The Issue of Death as a Product of Original Sin 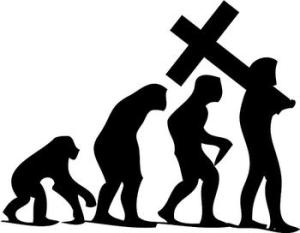 Theistic evolutionists hold to a theory of common descent with a twist. The twist comes in with the belief that God, in one way or another, used the evolutionary process to carry out His plan of the creation of man. Here is the rub. Universal common decent requires death – billions of years of it, in fact – in order to ultimately get to the point we have today with all of the various living beings across the world. Death, as a inherent component of the cycle of life is contradictory with what is presented to us in Genesis. The Genesis creation account is clear that part of Adam and Eve’s punishment for disobeying God is physical death. It would appear that theistic evolutionists are looking for a “have your cake and eat it too” type of theology. One might argue that the punishment described in Genesis is really alluding to a spiritual death, and not a physical death. Why then, would God place a guard at the tree of life to prevent Adam and Eve from living forever? Seems like a moot point if they were not slated for a physical death to begin with.

This point does not even touch on free will and divine revelation. If universal common decent is true, then at what point were humans given free will? And at what point did God reveal His will to humans, so they might be able to rationally weigh out options to decide if they were going to comply with God, or not? In the book Philosophical Foundations, author Surrendra Gangadean writes:

Naturalism (N) maintains that there is no soul which exists apart from the body. Historic Theism (HT) affirms that man is a body/soul unity and the soul survives the death of the body. Theistic evolution (TE), like (HT), maintains that man has a soul which survives the death of the body and, in addition, incorporates evolution by saying that a hominid became human when God infused a soul into it. TE’s view of the infusion of a soul requires saying that the life and the soul are not the same. But since the soul is the center of awareness, and since the hominid, without a soul, already had some form of perceptual awareness, having both life and soul would produce two centers of awareness, which is contrary to the unity of one conscious self. This would also permit the soul to leave the body and for the being to continue to be alive. Neither N or HT would find this compromise possible or plausible.

So Can Science and Christianity Still Coexist?

Yes. The reality is that science coincides with biblical accounts more than science conflicts with the bible. What we need to be careful of is mashing together contrary worldviews into an “I agree with everyone” mentality. Perhaps I am being too pointed here, but it occurs to me that Christians can be more hurtful than helpful when holding to views that are inherently contrary. Instead, we need to avoid reading the bible in an eisegetical fashion, and instead read the bible with a critical mind with the intention of understanding the text as it was meant to be understood. Theistic evolution fails at a fundamental level. As such, I do not hold theistic evolution to be true. The fact that Pope Francis (and other Popes before him) feels that evolution can be reconciled with a biblical view of creation is disconcerting to say the least.

I have been reading quite a bit lately about the evolution-creationism/intelligent design debate. Certainly I am not a preeminent scholar, or am I a published (or unpublished) scientist. I am simply a relatively reasonable guy who likes to ask questions. With regard to the argument for evolution it seems only one question is really needed… “what created that?”. No matter how far back we can allegedly trace the common descent theory at some point the “first thing” had to be created. We have yet to determine how to create something (especially a living something) out of lifeless nothingness. I cannot get past that idea. The idea of nonliving nothing creating living something is completely nonsensical to me.

In addition to this I was reading through a Callie Joubert article, “The Unbeliever at War with God: Michael Ruse and the Creation-Evolution Controversy”, and Joubert brings up an interesting point. Arguing favorably for evolution can be called a religious worldview just as easily as arguing favorably for creationism. So why teach one over the other in a classroom? Even if, for the sake of argument, this was a religious debate The Washington Post reported that a 2005 U.S. poll estimated atheists to represent approximately 5% of the total U.S. population. Hardly an overwhelming sampling to justify ignoring creationism in the classroom. If we are to raise our youth to be critical thinkers we have an obligation to present these youth with unbiased options, and allow viewpoints to follow.

Back to the worldview vs worldview topic. Many atheists tout science as practical, and steadfast with regard to “knowing” things. These same folks oftentimes accuse believers of assuming and interpreting all too freely. The fact of the matter is that science makes many assumptions when testing hypotheses. With regard to evolution, for example, scientists oftentimes use a technique known colloquially as carbon dating. This technique works basis the assumption that the ratio of 14^C in the atmosphere has always been constant. If this assumption is false the carbon dating technique is useless. Furthermore, science uses philosophy to test hypotheses. The philosophy of mathematics, for example. If 1+1 does not equal 2 we have a problem! Of course, I am not by any means a disbeliever of science. In fact I am a huge fan of technology, and I submit that science has brought us a plethora of fantastic things from smartphones to medicine. I do, however, believe that science has boundaries, and one should not make assumptions where even the circumstantial evidence does to point to the alleged truth he or she is pushing as fact.

The story of some dudes trying their best to be obedient to God's command to go and make disciples.

Church Is Messy (and that's a good thing)

thoughts on life, church, and culture

Step Into ETERNITY
emotions of the anonymous heart.
BBG

A bald guy bloggin on the road less traveled

Responding to Critics, Seekers, and Doubters

Considering answers to those faith-questions we all ask...

This is my personal collection of thoughts and writings, mainly from much smarter people than I, which challenge me in my discipleship walk. Don't rush by these thoughts, but ponder them.

because anything is possible with Charisma

believinforareason
With All I Am

Catholic in the Public Square

Apologetics for the thinking Christian

Men of One Accord